Yasuhiro Morikawa is one of selected the Japan new generation photographers from the EINSTEN PHOTO COMPETITION which is one of the biggest and important competitions in Japan.  His exhibited works – After Party, telling something happens all the time, but it ends like nothing happens. Then, the things between the things are already passed and coming from now on is still continuing.

Yasuhiro was born in Japan 1984, graduated at Kwansei Gakuin University.  He has exhibited works in several group exhibitions in Tokyo and Israel since 2007.  And, this is the first solo exhibition. His artworks were selected as NTMY project of EPC (Einstein Photo Competition) in 2012, also 2013 as Vol.2.

Special catalogue (zine) for this exhibition will be available by NT$450 with edition 10.
About Yasuhiro Morikawa: http://yasuhiromorikawa.com/ 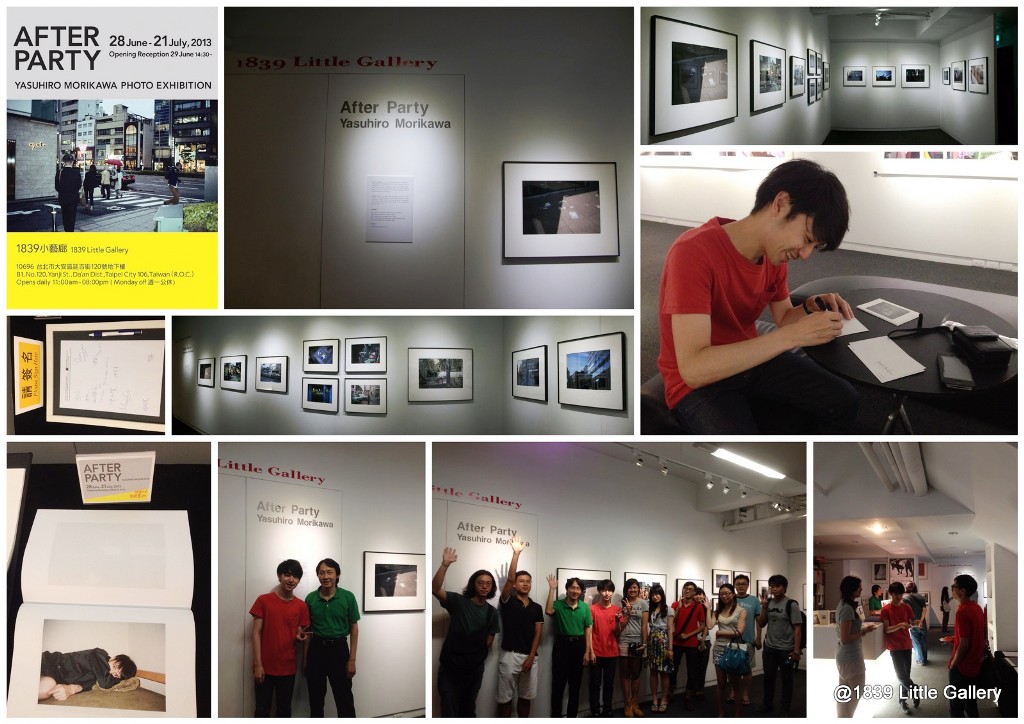