Jacqueline Roberts graduated in Political Sciences and worked for international organizations before turning to photography.  Her award-winning photographs have featured on the covers of photography magazines, books and music albums.

Her work has been shown in France, Spain, Germany and Luxembourg and has won various international awards, including the International Photography Awards in New York and the Prix de la Photographie in Paris. Jacqueline works with different photographic mediums, both digital and analogue, as well as with photographic techniques from the 19th century. 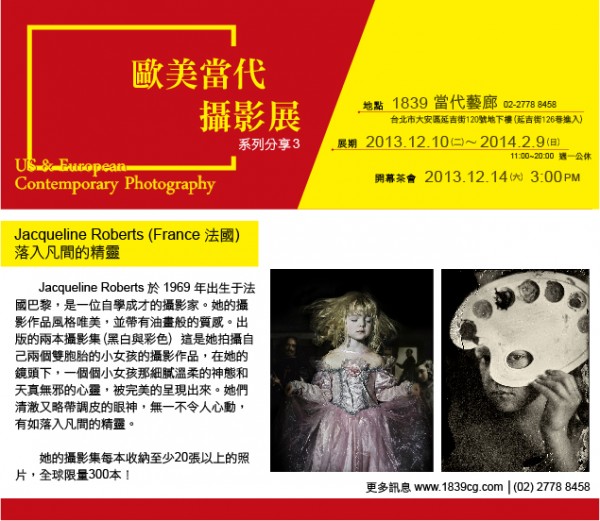